IABC’s (International Association of Business Communicators) first January meeting included lunch and a panel discussion at Michael’s. Who knew there was a restaurant way out there on the golf course near Shoreline Amphitheater  in Mountain View, California? Besides golfers, that is.

The panel included Glenna Patton, (who was at MTV before HP) Evan Wittenberg, and Elaine Chin, and was moderated by Rick DeMarco. Glenna left me with the impression that she was a master at collaboration since she got everyone at HP (and I mean virtually every employee) on board for the rebranding. One of her major tenets? “If you can’t sell it inside, you can’t sell it outside.” 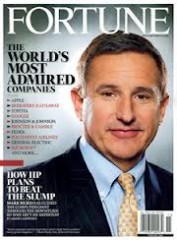 Led by Mark Hurd, Glenna Patton’s team drove an increase of $4.4 billion in HP’s brand value and catapulted them into the Top 10 of Interbrand’s annual global brand ranking for the first time in HP history. That was 2010.

It’s interesting because 2012 was one of HP’s worst. How did this happen?

Mark Hurd left abruptly right before they were to going to take the pilot campaign public. The new CEO, Leo Apotheker, brought in his own team and the campaign was squelched.

This begs a couple of questions: was the changing of the guard the reason for the reversal of success? And if that’s the case, why did the executive team crush something that was clearly doing well? Was it about egos? Was it pressure from the board? Was it fear? Does every executive team feel they have to put their own stamp on a company in order to succeed? And is that about ego? I’m jus’ sayin.’

You can read the article on the case study on my website, “Collaboration Across Functions. Imperative for branding.” I’m told it’s a very interesting read. And it makes you wonder. Doesn’t it? I’d like to hear your opinion.