I’m a member of a few LinkedIn groups, some of which have at times some interesting or entertaining articles. This one entitled 15 Signs You’re a Word Nerd by Maureen Tiongco via the group Friends of High Tech Connect, caught my eye. And my suspicions were correct: Although I only scored 80% (no, I don’t carry a red pen around for editing — I don’t like the color), I think 80% qualifies me a Word Nerd culprit. And I think these pet peeves confirm it.

As a writer and editor, I typically don’t scan. I read. Every word. The style and rhythm of prose or poetry are part of the joy of reading for me. And, as do most writers, there are a few words that I can’t help but stumble over when I read them. And I’m jus’ saying’ — it breaks my rhythm.

And you’d be surprised how many well-educated peeps make one or more of these errors. To the point, two of them are the difference between “to” and “too.. And sometimes the number “two”, too. But that would make three I guess. 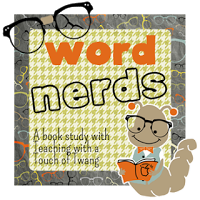 Try this book for help with grammar

These peeps often use a contraction when they should be using the possessive form. Or they make other mistakes.  And it’s not their fault. (Maybe it’s their teachers’). Sometimes they’re just writing so fast that they don’t notice the mistake is there. You know who you are. You’re always in a hurry to get your writing finished. Writing isn’t your thing.  For you, it’s a common mistake to use its when it’s proper to use it’s as its contraction instead. Or you just don’t know the difference. Or (horrors!) you just don’t care. I’m just sayin’. It’s a contraction, after all, not the possessive. That’s why there’s an apostrophe. It’s a simple rule: it you’re omitting a letter, it’s replaced by the apostrophe.

But here’s the one that takes me to the height of my patience — or lack thereof — and it’s not the written word.  It’s pronouncing height as if it was spelled heighth — it gives me an almost visceral reaction. Extreme? Yup. But it’s just a quirk of most writers. I’m just sayin’, us word nerds should unite. And if you’re not a word nerd, try some of these sites: Grammar Girl, Grammarly, and for nominal yearly subscriptions, Associated Press, and Chicago Manual of Style (GMS), which has a trial 30-day subscription. My personal faves are the last two. I’m jus’ sayin’. You could become a word nerd, too and wear the title like a badge of honor. I do. And what about you? Tell me what your writing pet peeves are.